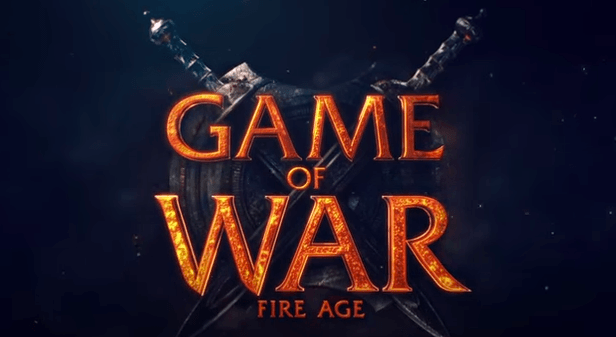 Last summer I played “Game of War: Fire Age” for a short period of time. It was fun to learn how to play the game, join an alliance, and begin to wage war on some of the surrounding cities.

But I quickly realized something about “Game of War”: The only way you can possibly “win” is by pouring money into it.

Of course, “winning” is more theoretical than anything. It is not a zero-sum strategy game like chess or checkers. New inputs happen all the time. Therefore, the person with the most “inputs” — which can only be acquired through in-app purchases — becomes the dominant player.

Ben Gilbert, writing for Business Insider, puts it this way:

It’s not hard to tell from the ubiquitous ads for “Game of War: Fire Age,” featuring a scantily clad Kate Upton, that it is one of the worst variety of mobile games. If you had any doubt, just read Matt Johnston’s walkthrough about how painful it is to gather resources endlessly just to unlock ways to gather more resources without ever engaging in anything close to war.

Despite being painful to play, however, this crappy game is incredibly profitable — as of this writing, it is the number two top grossing app on the Apple App Store and the Google Play Store.

Why are players putting money into “Game of War?” Because the entire game is built around digging hooks into players, getting them invested in its infinite loops and convoluted systems, and then charging money for the ability to stay invested. If you really want to compete, you’ll pay in.

That sentiment is echoed in comments on the piece Matt wrote. “Without spending $$$, building and researching can take months,” wrote commenter JoeBroady.

The game itself is designed to be addictive. All upgrades are based on timers. In the beginning, these timers are just a minute or two. But as you level-up, the timers get longer. Minutes become hours. Hours become days. Days become weeks.

You are constantly being reminded when upgrades are complete so that you can open the game and start new upgrades. Before you know it, you are checking your phone all the time to make sure you aren’t wasting any time that could be used for upgrades.

Anyway, after I realized the game was designed to A.) be addictive and B.) take my money, I stopped. I didn’t write down my password or anything. Just deleted the app and was done with it.

I’m sure my city is still there being “farmed” by other cities who have realized nobody is home.

So that was last summer — both when I started the game and when I quit. Then in February I noticed “Game of War” ran an ad during the Super Bowl. And not just any ad… an ad that featured Sports Illustrated cover model Kate Upton.

I wasn’t that surprised. While I was playing the game I discovered other players in my kingdom who would have literally had to shell out thousands of dollars to reach the levels they had achieved in such a short time frame.

These “high roller” players are considered “whales.” They have all the power, which makes it impossible for any newcomers to achieve any kind of success unless they, too, shell out thousands of dollars.

Keep in mind, my kingdom was just one of 30+ kingdoms. “Game of War” adds new kingdoms on a regular basis to accommodate new players. This is their way of creating a level playing field and making it interesting… at least for a little while.

It’s the game’s many, many systems for “questing” and base building – combined with the online multiplayer aspect – that make “Game of War” such a moneymaker.

The long and short is this: if you want to compete, you have to buy in. As one commenter put it:

And this is how “Game of War” makes so much money. Like other free-to-play successes before it, such as “FarmVille” and “Evony,” there is a hard ceiling on your ability to compete unless you dish out real money, and lots of it. You’ve gotta be a “whale.”

The “whales” referenced above are a group commonly associated with free-to-play games. These are the folks spending large amounts of money in order to significantly advance their game. These are the “Rich Kids of Instagram” of gaming, the oil magnates who don’t mind dropping a few thousand dollars to fuel their addiction. These are the people who fund the development and maintenance of free games like “Game of War,” and they represent 1-3% of players.

And that, dear reader, is how “Game of War” is able to afford hiring Kate Upton and paying for Super Bowl ads like this one:

Do you have any experience playing “Game of War” or a game that offers in-app purchases? Leave a comment below with your thoughts.

This Guy Got Laid Off, Then Started Successful T-Shirt Biz

1 Easy Way to Find Ideas for Improving Your Business